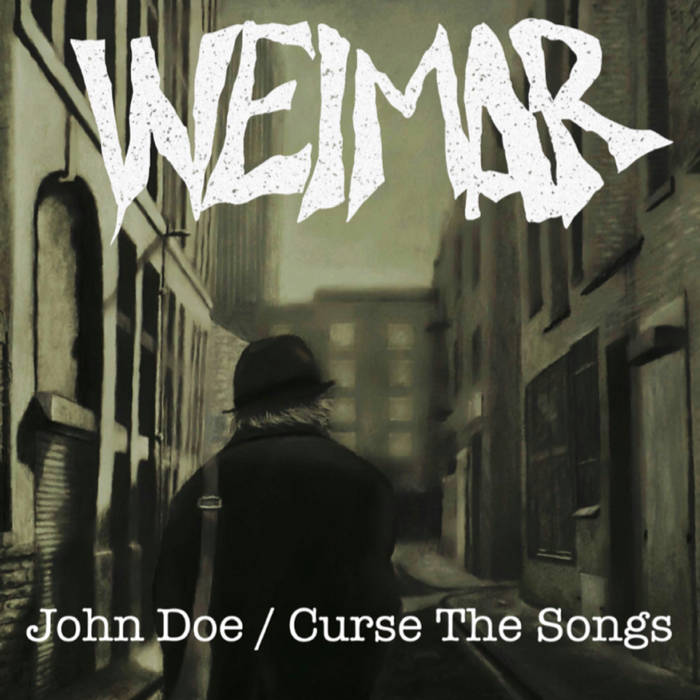 Weimar, a four-piece Art Rock band based in Manchester, release their debut single, the double A-side “John Doe/Curse the Songs” on Friday 1st February. Both songs have been produced and mixed by Simon ‘Ding’ Archer of The Fall, Pixies and PJ Harvey fame. The single will be released digitally by German Shepherd Records and physically by Weimar’s own label Marlene’s Hat. Its release will be accompanied by a special launch gig at The Eagle Inn, Salford, at 7.30pm on Friday 1st February with support from Sticky Pearls, Dominic Carlton Jones and Geneviève Walsh.

Weimar have played regular gigs on Manchester’s underground circuit since 2017 and have been included in Louder Than War’s 50 New Bands for 2019. Their music incorporates elements of Post-Punk, Indie and Experimental Rock together with touches of Cabaret, Chanson, Alt Folk and Dark Circus. Aesthetically and lyrically they take influence from historical and cultural sources, basing their image and outlook around the German Weimar Republic of the 1920s. Their songs are preoccupied with the seedier side of culture and the darker elements of humanity, and the need for cultural and artistic rebellion in the face of political oppression.

Following this single release, Weimar will be going into the studio in February to begin the recording of their debut album, and are currently planning further live shows throughout 2019.

Bandcamp Daily  your guide to the world of Bandcamp